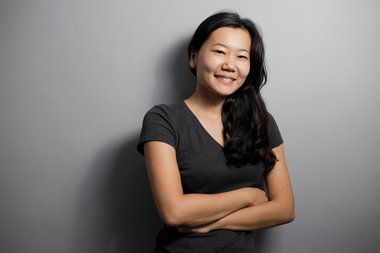 Ore Huiying is a documentary photographer from Singapore. Her practice revolves around storytelling, which she believes is basic to human beings. She grew up in rural Singapore, but was uprooted to an urban environment as her country underwent development. As a result, Ore is drawn to narratives of people and places affected by development, with a focus on Southeast Asia, a region she feels deeply for.

Ore is selected for the World Press Photo 6×6 Global Talent Program in 2018, which identifies and promotes 6 visual storytellers from each of the world’s six continents. In the same year, she won the top honor of the IPA award for her series of an abandoned Chinese casino town in Laos. Since 2010, her works have been exhibited in photo festivals, museums and galleries regionally and internationally. In 2013, she was nominated for ICON de Martell Cordon Bleu, a photography award in Singapore that honour photographers’ original vision and dedication to their craft. Apart from working on personal projects, Ore does commissioned work for international publications like New York Times, Washington Post, Bloomberg, Le Monde newspaper and Getty Images, as well as for NGOs and commercial clients.

Ore completed her Masters of Arts in Photojournalism & Documentary Photography at the London College of Communication in United Kingdom in 2010. After 3 years of working and living in London, she returned to Singapore, to focus her investigation of the progression of Southeast Asian societies.

All images are protected by copyright ©Ore Huiying